With this work, I close for the time being chronicles of travelers there are many who visited Cuba between the 18th and 19th centuries and they provide information. They are very rich and demonstrative of the age, without these texts you would be unable to form an idea of ​​what the markets were like.

The markets also made an impression on them with the food mixture located in the same place as the animals; fruits and viands were piled up everywhere; meat and fish, on table and counter, on banana leaves, uncovered and exposed to sunlight… even in ventilated rooms there was excessive humidity…

S. Hazard says of the Cristina Market in Havana that it was “one of the most important places in the city” and offers us this vision:

…Under the arcades there are all kinds of shops, but they are chiefly engaged in the sale of “trinkets” of interest…the terrace is full of garlic, cabbages, and sweet potatoes, which are the principal vegetable products of the island; moreover, small heaps of oranges, mangoes, pineapples, or other tropical fruits new to us in name and appearance; bunches of different colored bananas and pyramids of green coconuts everywhere. The vendors are black with the most varied clothes, or dark-skinned Cubans from the countryside. They bring the products that are grown in small farms from the outskirts of the city. Here and there you can also see the patient donkeys, with their load of green fodder, making the scene comical.

The Mercado de Concha, the main square of Santiago de Cuba, was built in 1859 and was described by the French traveler ED de Hauranne. Perhaps – in the words of A. Benítez Rojo – “this is the most literary finished piece written by a traveler about Cuba”.

…located on a wide plateau, similar to a square bastion… The alley passing behind the market puts on a lively show every morning; carts drawn by oxen or mules, herds of donkeys saddled grotesquely, gentlemen in large straw hats… on nervous, low horses pass through crowds of blacks and coloreds. Powerful porters come and go carrying barrels and baskets; others, bundles of goat skins, cages full of chickens. Black women, dressed in light cotton and outrageous scarves, saw themselves for a moment in the midst of the tumult, balancing on their heads the basket of fruit or vegetables, which they sometimes held with their rounded arms like the handle of an amphora; some balanced under the bales, with the suppleness of a wild cat among the crowd; others walk forward with short steps, hands on hips, swaying carelessly and gracefully. Crouching in the courtyard of the market and along the canopies surrounding it, traders display their wares on planks or on the same ground: fruits, flowers, herbs, ceramics, bright pieces of cloth, red and yellow silk scarves, fish, shells, barrels. salt, spices; oranges, pineapples, melons, coconuts, collards, ham, golden cheeses, piles of bananas and onions, mangoes and yams, lemons and potatoes, lemons and potatoes are scattered in heaps beside huge bouquets of flowers. The walkway is so steep that you almost walk on windows and platforms, risking knocking them down on some old black woman or breaking a basket of eggs with every step. The customers buzz like a swarm of flies: they bargain, gesticulate, argue, laugh, grumble on the harmonious terraces of the quarters.

According to the explanation of JGF Wurdemann, an American doctor who visited Cuba three times (in the winters of 1841, 1842 and 1843) in the city of Matanzas, the main trade in imported foodstuffs took place on the same pier. as an auction.:

A merchant who has a lot of rice, cheese, fried or wheat flour writes the amount on small pieces of paper, which he distributes among the customers. These, after adding up the price that everyone is willing to pay, return the papers to the dealer, who either sells to the highest bidder or holds his goods until a better market. Traders, especially those who deal in rice and stir-fry, form separate companies, monopolize the purchase of each item, and then divide it among themselves.

Maybe a little long, but I think it’s worth it. Today I recommend pumpkin puree soup, elbow-flavored au gratin and stuffed bananas. I hope you like it. 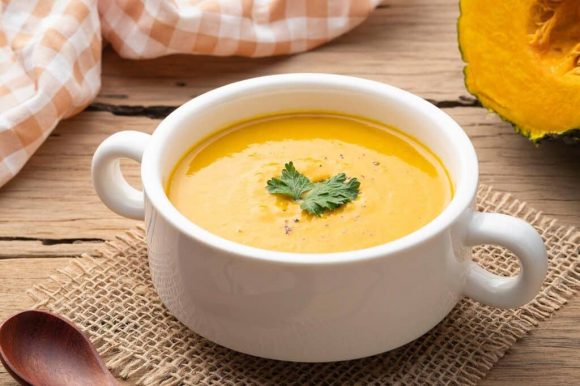 Heat a pan with the pumpkin pieces, add salt and cover with water. Let it cook until they stop.

Meanwhile, put a pan on the heat to make a sauce of oil, onion, chili, garlic, cumin and salt and fry until the onion is golden brown without burning. Set aside and reserve.

When the pumpkin is ready, take it out, strain the soup, put it back in the pan and set it aside.

Remove the skin, put it in a bowl, make a puree. Add the sofrito, mix everything well and pour into the broth, sprinkle with pepper and salt. Return the pan to the heat and bring to the boil, turn off, add the lemon juice and cover until served hot.

Note: If you have bread, whatever it is, you can dice it, fry it, and add it to the soup when serving. 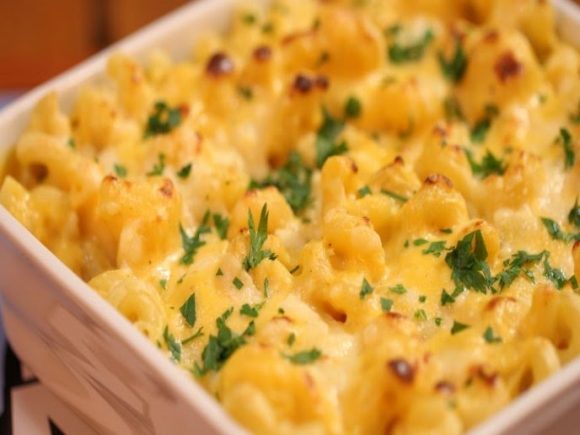 A package or a cup of coditos, 2 tablespoons of butter or oil, ½ cup of grated cheese, 1 onion, ½ bunch of parsley, pepper and salt to taste.

Clean the onion and cut it into rings. Clean, wash and chop the parsley.

Put a pan with water and salt on the candle, when it boils, put the coditos on it and leave it al dente. Drain and remove the water.

Meanwhile, heat a frying pan with the fat to be used and fry the onions without burning them. Put it down; add parsley, cheese, pepper and salt. Make a paste of everything.

Place a layer of coditos, another layer of dough in a previously greased baking tray, and repeat as many times as you can.

Place in the oven until golden brown. Or you can put the mold in a pressure cooker, without pressure, and put it on the fire until it turns brown.

Note: You can use any pasta. If you have sausage, you can add it too. 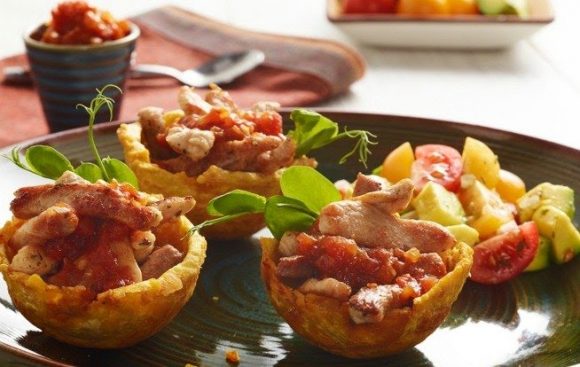 Wash the banana without removing the skin and cut it in half.